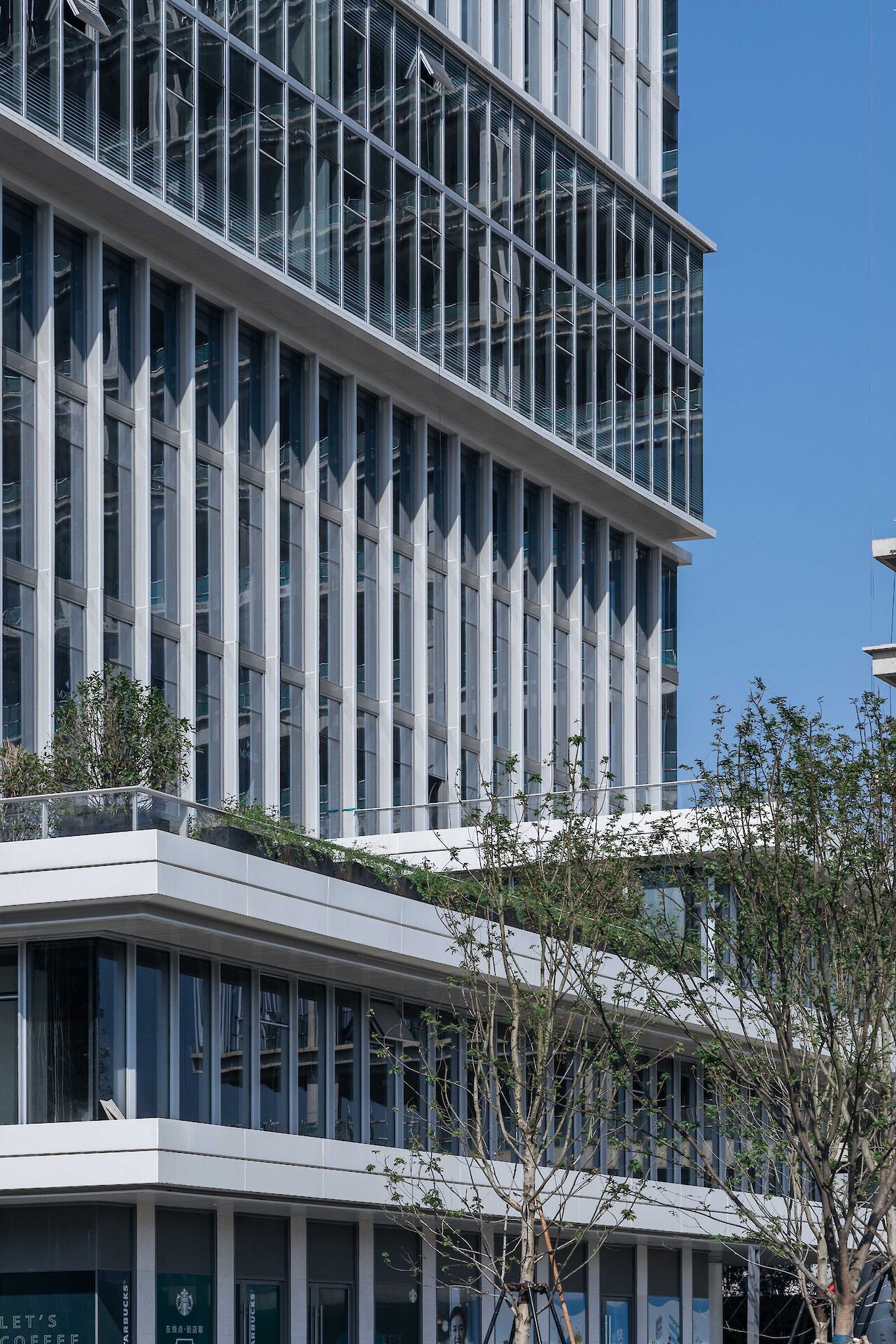 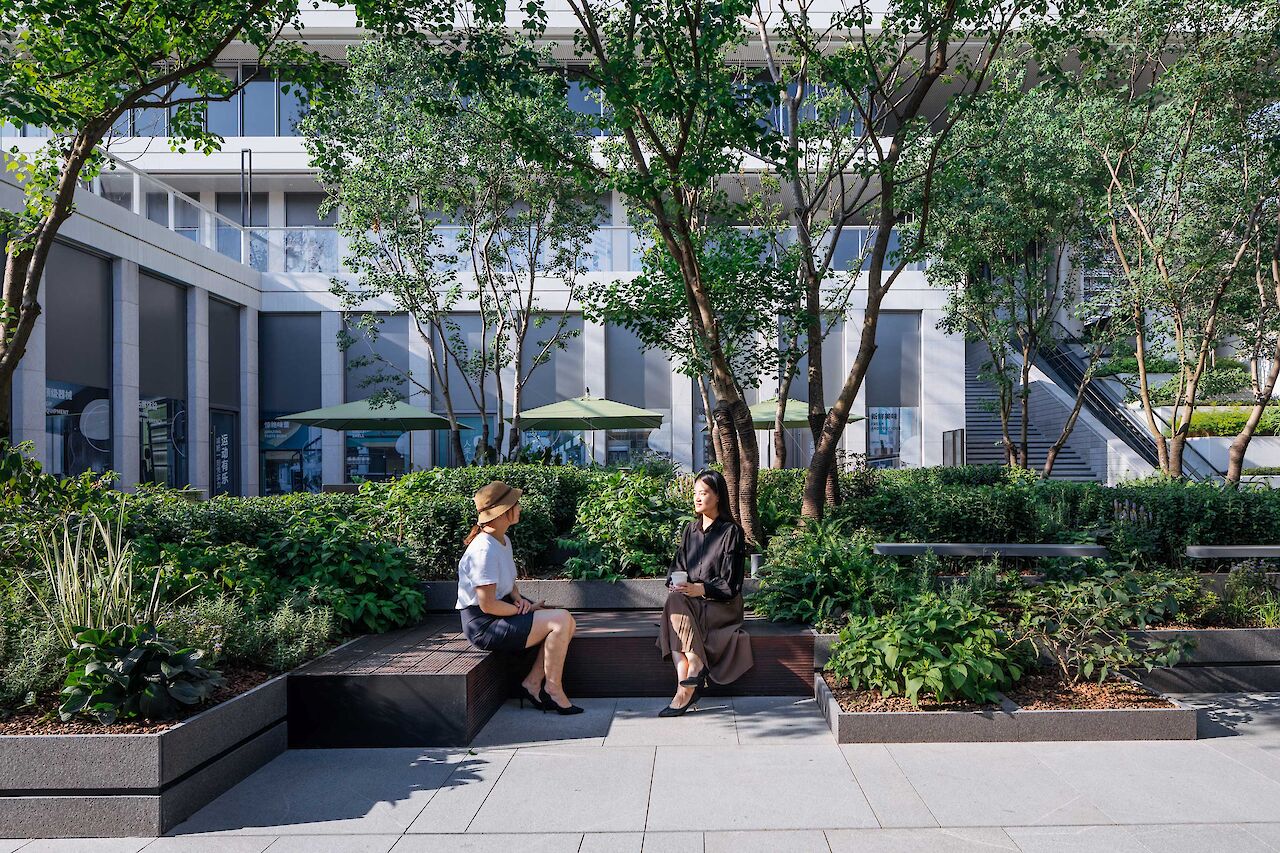 In China, the Transit Oriented Development (TOD) is an urban typology on the rise. One of the distinct characteristics of a TOD is that during the project-planning phase, one or more stations of high-end public transportation are integrated in mixed-use developments by implementation of efficient pedestrian- or bicycle-friendly routes. The one million square meter large Uni-City situated in Hangzhou’s very own ‘Silicon Valley’ is one of these TOD’s with Chinese mega e-commerce companies such as Alibaba and Tencent.

Within this masterplan, Superimpose designed ‘Sky City’ for a joint venture client group of Vanke Hangzhou and the Hangzhou Subway Group. ‘Sky City’ is a project of 78,000 square meters with two office towers, 4 office villas and retail alongside a new subway station. The TOD will become the main connection and transportation hub of the ‘Uni City’. Superimpose won the invited tender for this project by carefully integrating pedestrian routes and by creating a unique and green arrival situation for the subway. Superimpose used the green belt zone belonging to the government in their design by partly excavating it to get more daylight in the otherwise dark basement. By doing so, the design offers commuters a unique, pleasant, green and smooth transition from subway arrival to the urban development.

The design is defined by the concept of ‘The Valley’ for the podium levels and ‘The Cloud’ for the upper levels.

The ‘Valley’ is meant to interact with the human scale and integrates a lot of green and water. It is architecturally defined by shifting slabs that provide terraces or canopies for the lower levels. Strategically placed staircases and escalators connect the basement to the upper floors and ultimately to the pedestrian bridge on level 3, which is connecting to the adjacent cultural plot.

For the ‘Cloud’ Superimpose choose to have a calmer façade approach. The appearance is defined by a repetition of vertical elements. These aluminum ‘fins’ are perforated and allow for an innovative ventilation concept. The massing of the tower is split in two by a large glass box, to even further break down the massing.