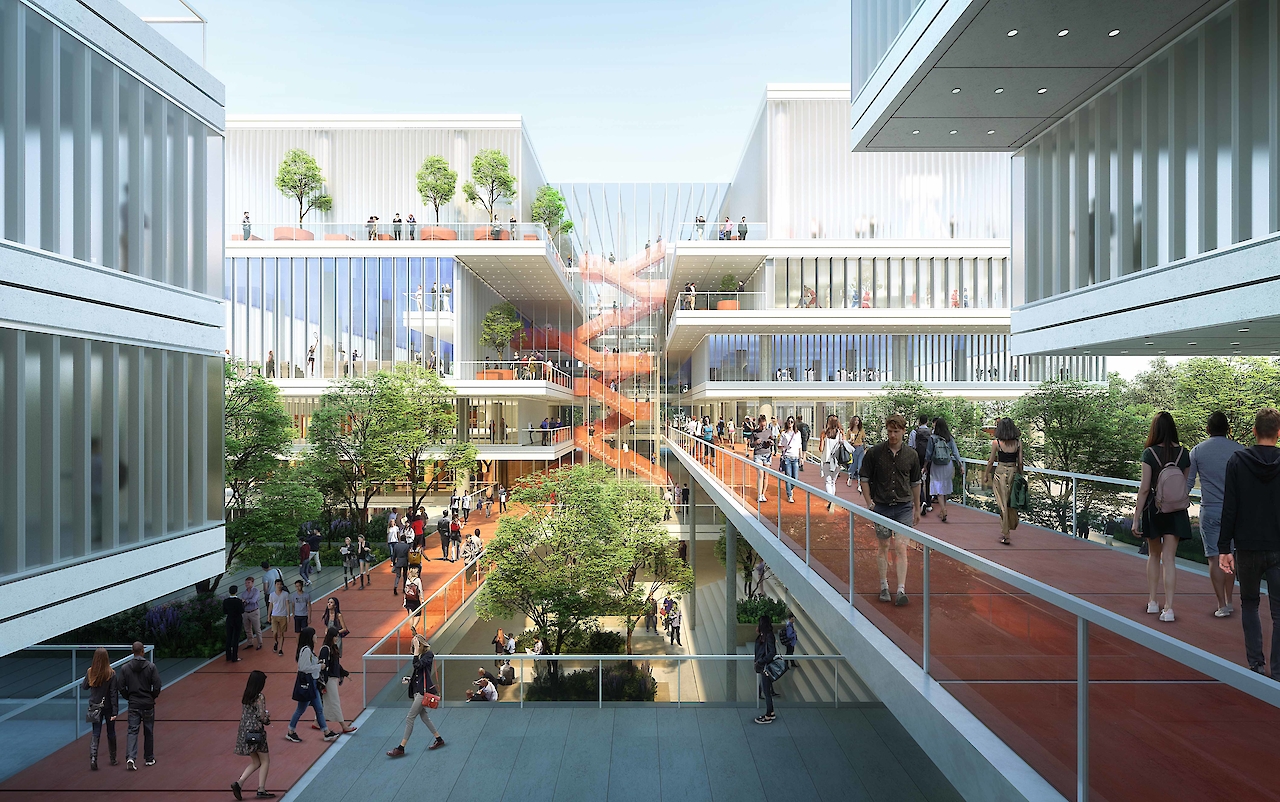 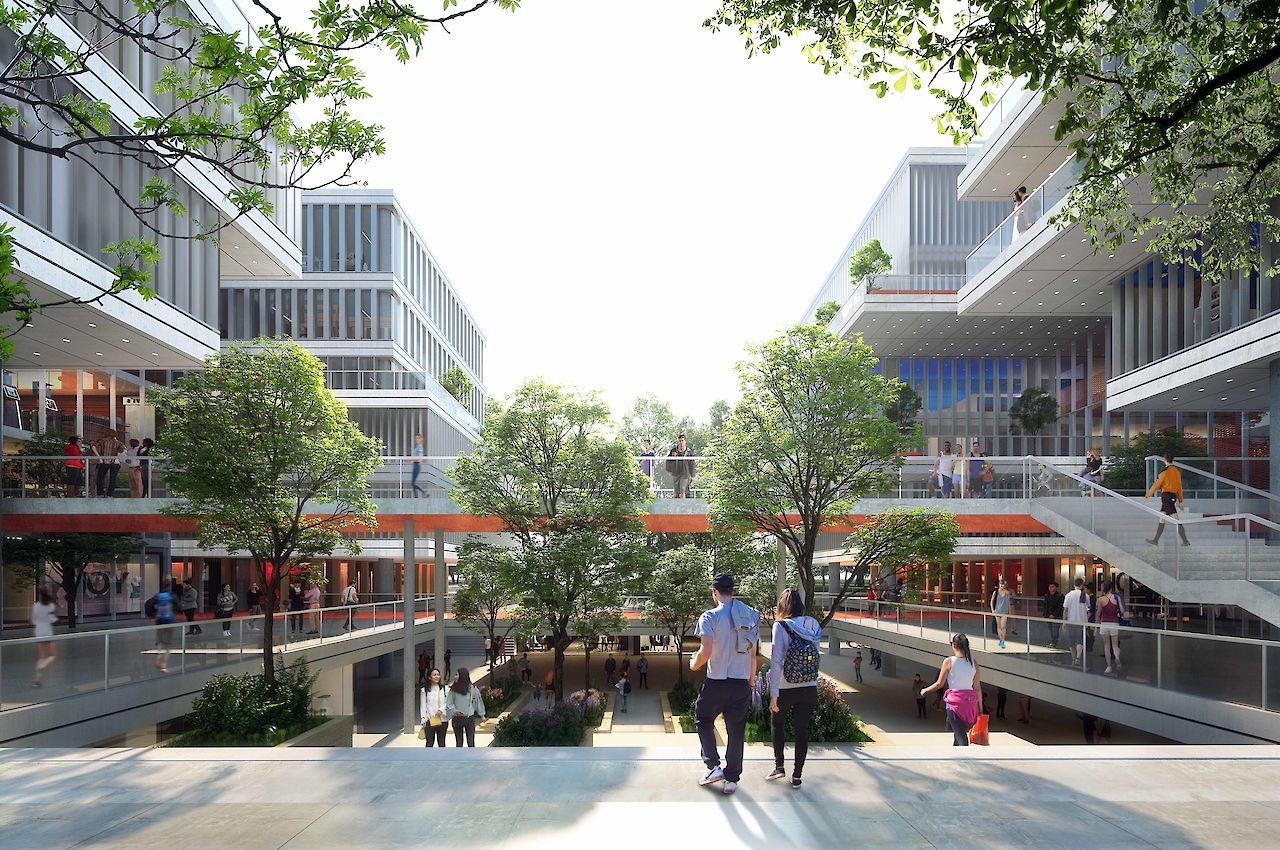 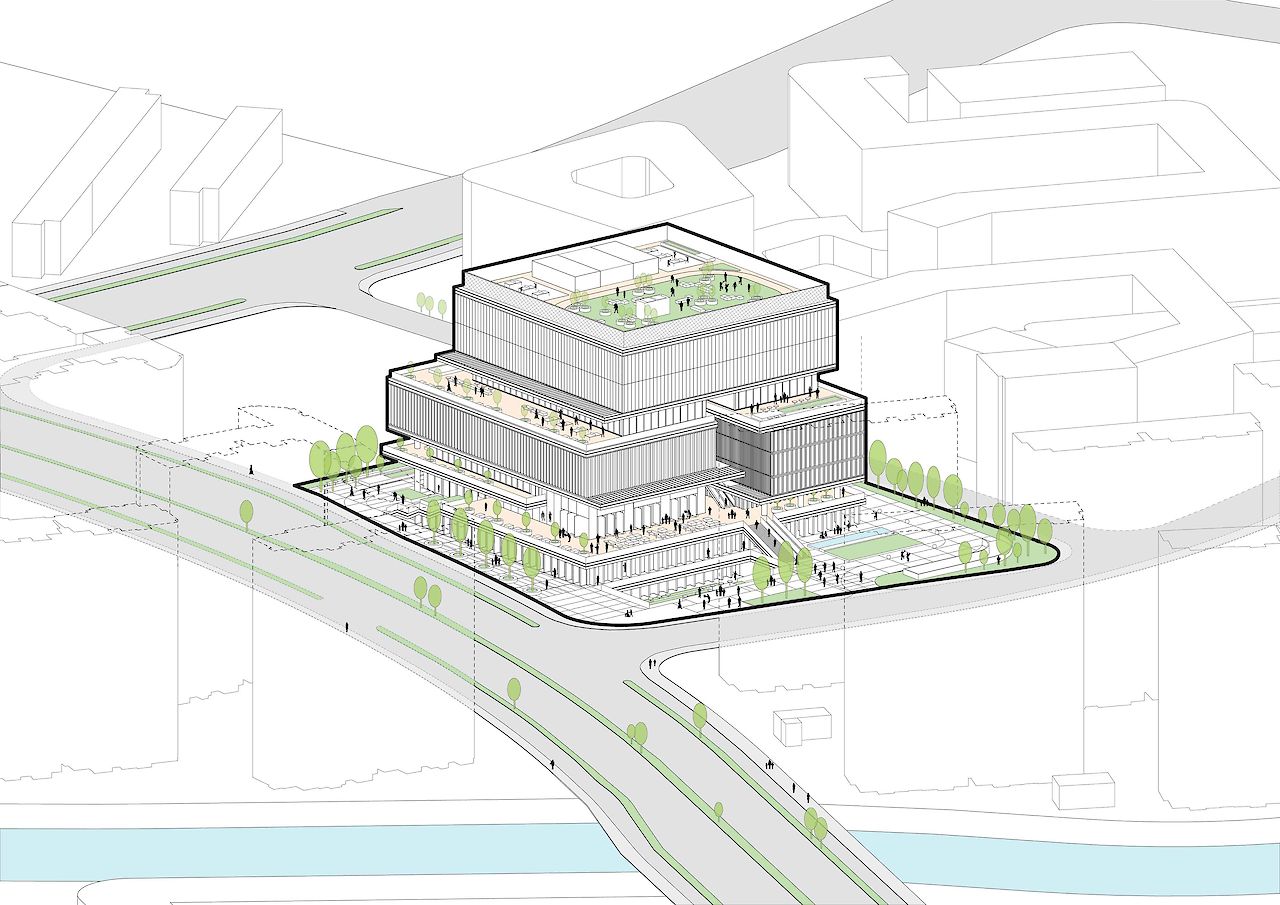 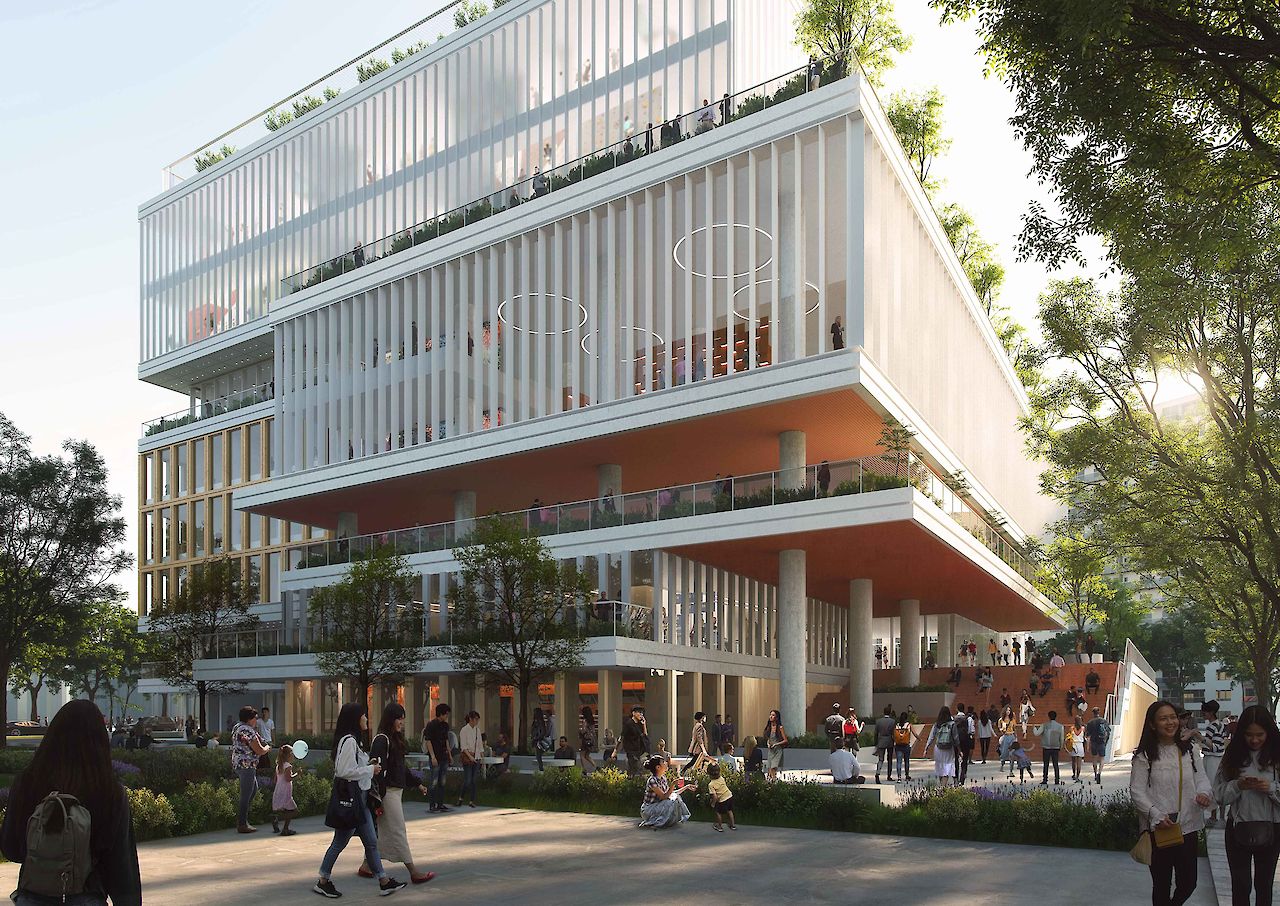 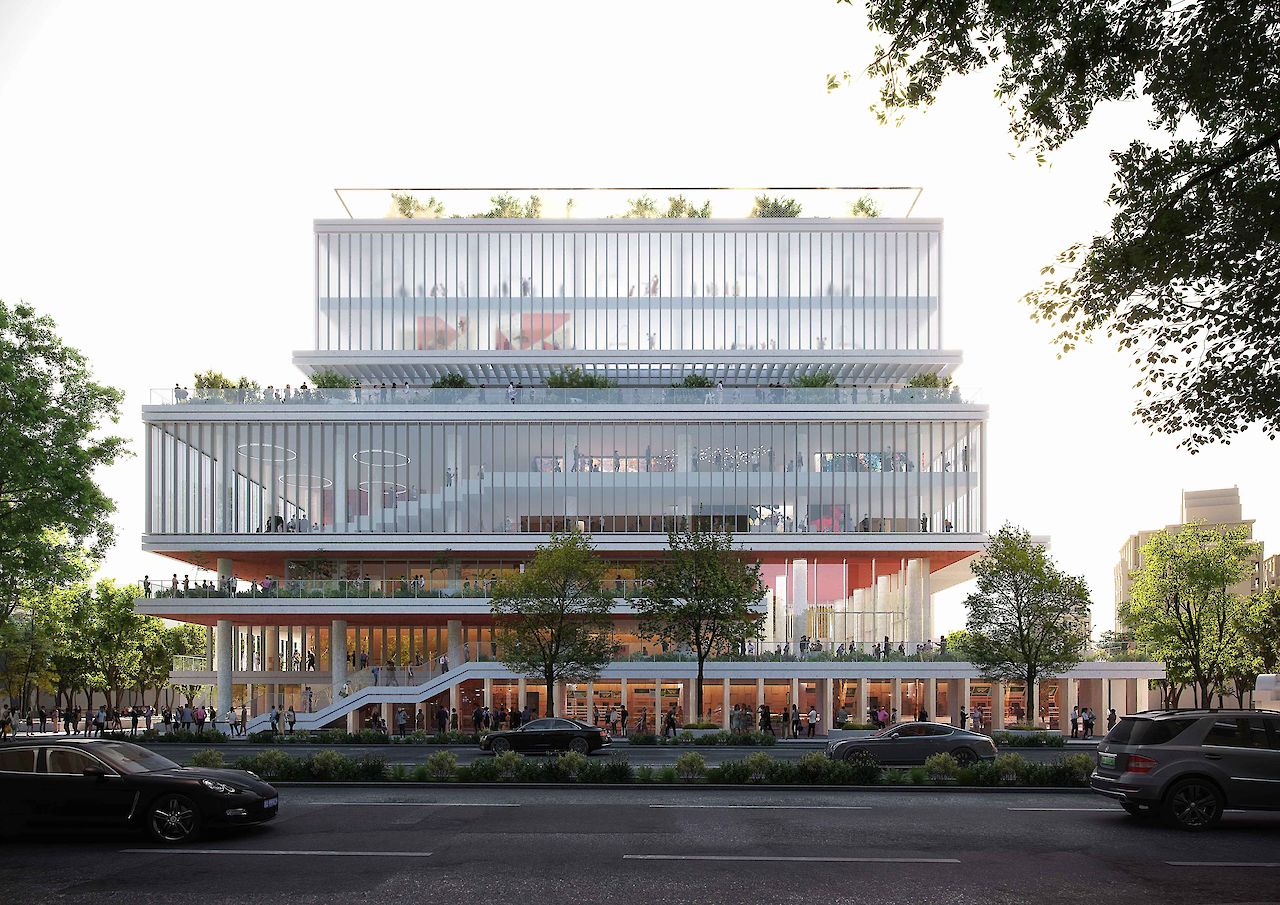 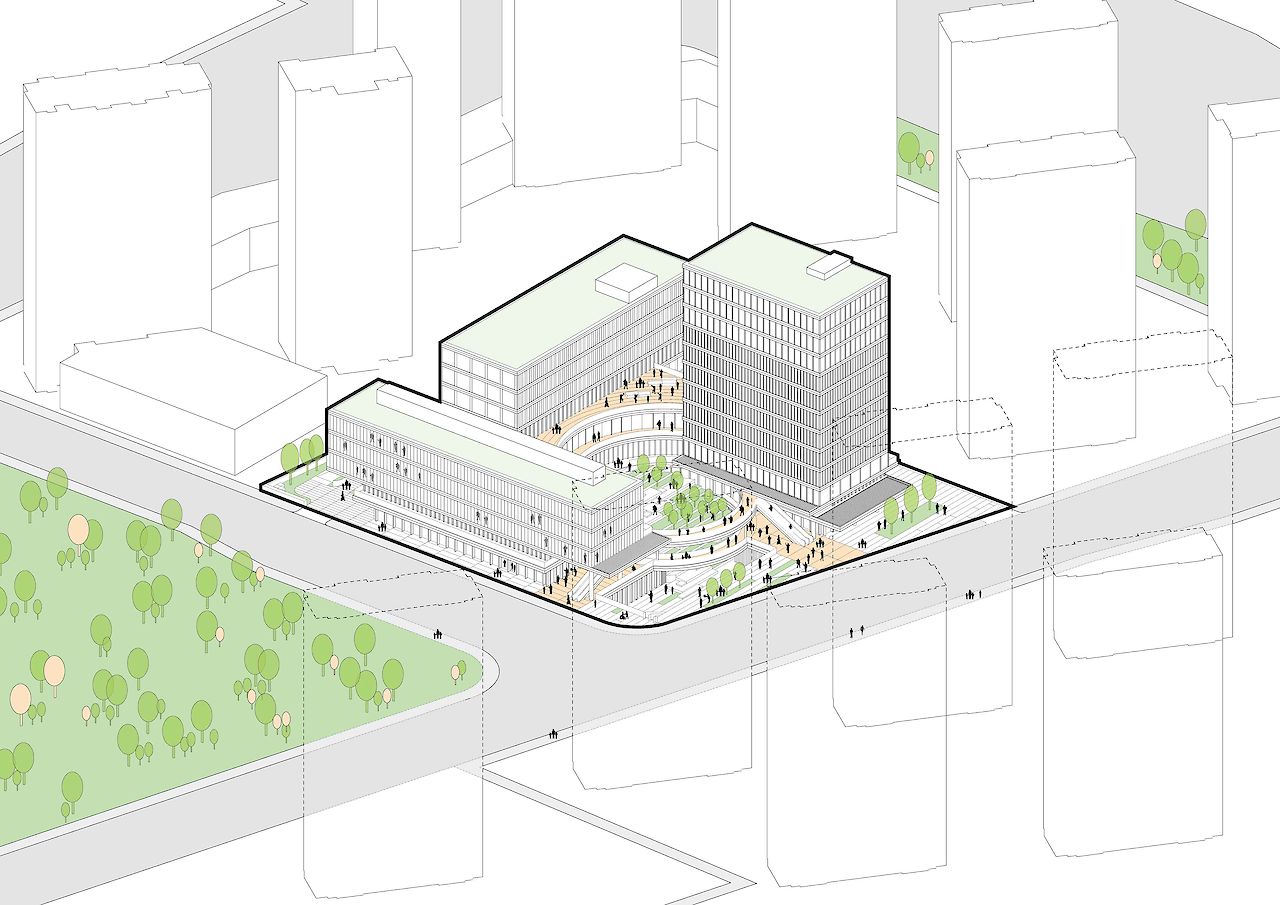 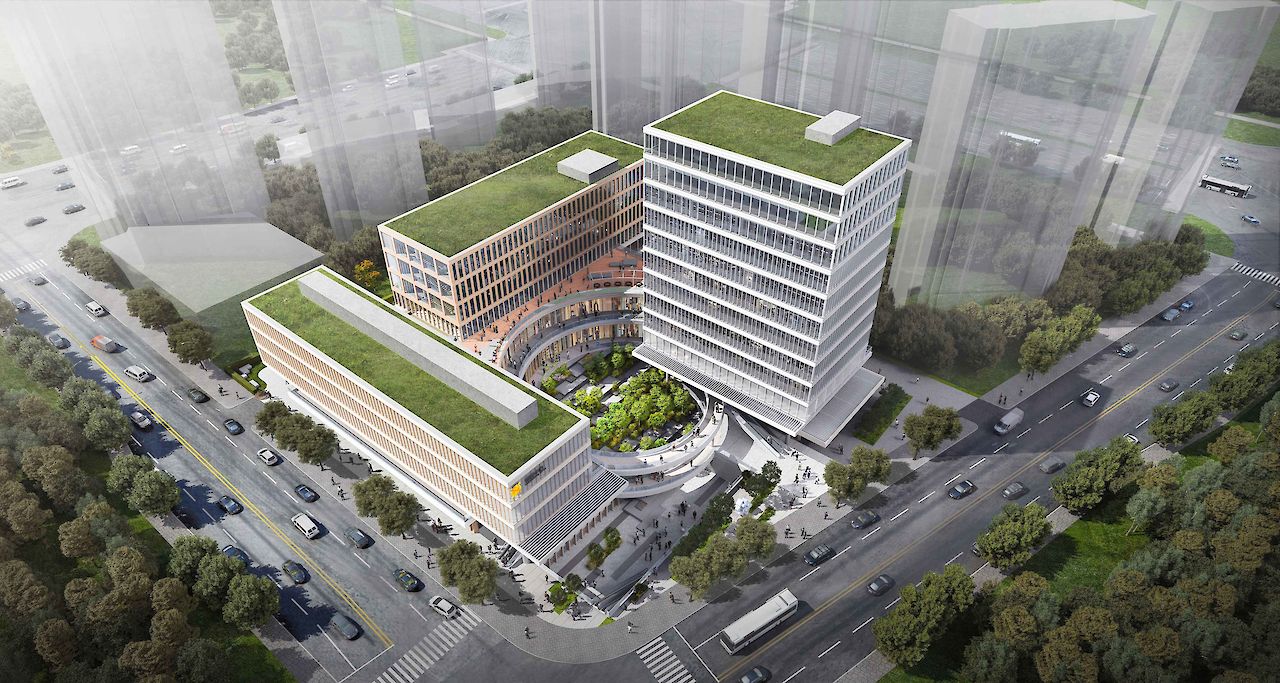 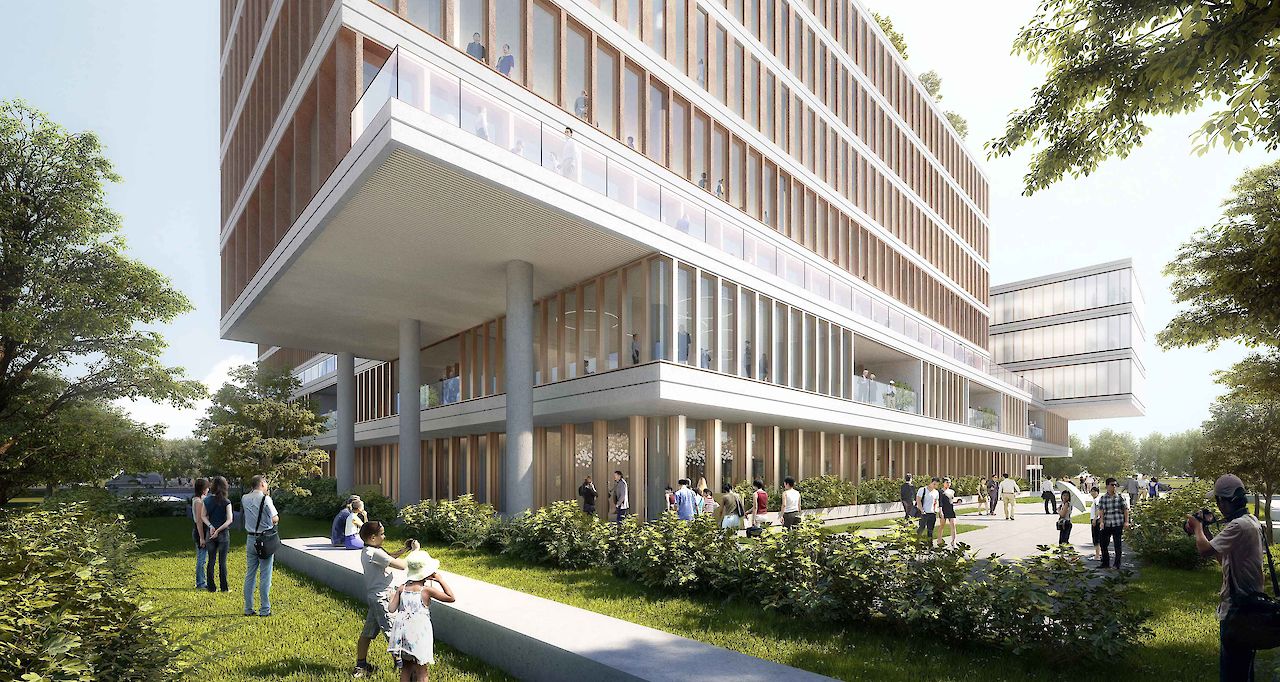 Superimpose was named as one of the finalist for three public community centers for the Qianjiang District in Hangzhou. The three projects together combine to a total floor area of around 120,000 square meters. The jury recognised Superimpose’s designs for displaying a creative and innovative understanding of the typology, focussed on the community and promoting public participation.

Hangzhou city is attracting a growing population of graduated youngsters, young families and technology expert. With the fast urbanisation of Hangzhou, the government started an initiative to improve the city life with the introduction of community centers. Within the district, in the north-eastern part of Hangzhou and in close proximity to the Hangzhou East Railway station, three strategic locations were assigned for hubs that can serve as a platform for the local community.

In all three schemes, Superimpose recognised the importance of the public realm and looked into the implementation of established urban elements such as the boulevard, the square, the bridge and the park to ultimately use them as tools to support and facilitate public life and reinforce social interaction in order to create an integrative community. Each of the three projects has its own set of key functions including retail, office, sports facilities, healthcare, cultural facilities, market and nursing homes. In order to create an integrative community, three key architectural planning concepts have been applied: accessibility, connectivity and transparency.

The architectural appearance of the three projects is defined by shifting horizontal slabs, which clearly separate the function blocks and to break down the massing. Simultaneously the protruding floors and shifted volumes create publically accessible spaces such as covered walkways, wide and open staircases, connecting bridges and leisure terraces. Although each project follows a similar architectural language, Superimpose created three unique concepts for each building design: the ‘living bridge’, the ‘community mountain’ and the ‘central garden’.

Project 01 The Living Bridge
The living bridge is composed of a series of bridges directly connecting four buildings at multiple levels. The design has a total area of 48,000 sqm. The northern two buildings function as office and retail while the two southern buildings locate sport facilities and retail. The bridges connect the functions and create a multilevel streetscape for public realm. Public squares and viewing platforms mediate for the height differences between the volumetric function blocks. The bridges are strategically placed to form a clear visual and physical connection between the sports halls and other functions. The central axis is a vibrant and dynamic space which aims to connect and invite.

Project 02 The Community mountain
The community mountain invites the users to ‘climb’ all nine levels of the building with a central circulation space that branches out to all public functions and from indoor to outdoor. The design has a total floor area of 38,000 sqm. The community mountain consists of a series of function blocks which by shifting accomodate a number of terraces and canopies on multiple levels. The central vertical circulation route offers a multilevel ‘experience’ and activates the sports facilities on the higher floors. A farmers’ market extends from ground floor into the basement, with direct access from both the North and South entrance plazas. An arrival staircase from North directly leads the user to Level two multi-purposed hall.

Project 03 The Central garden
A terracing central garden is designed as the green heart of the community center connecting three key functions within the plot. The project has a total area of 34,000 sqm and consists of three buildings blocks on top of a podium. The central circular courtyard is a symbol and form for community inspired by the gathering sense of the famous Westlake. The central sloping park with the walkable platforms connects the basement to the first and ultimately to the second level. This increases the footfall for the less favourable floors. The three building blocks are placed on top of the podium and are positioned according to their needs. The nursing home block is facing south for daylight access, the retail block’s exposure is maximized along the east shopping street whilst the office block marks the main entrance to the site in the North.